Nana Yaw Amponsah to be unveiled as Kotoko CEO Friday 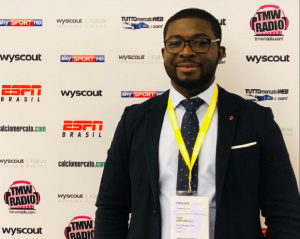 The Porcupine Warriors dissolved their board of directors including the Chief Executive Officer, George Amoako, after the three-year mandate expired this year.

After months of searching, it looks like Kotoko have found Nana Yaw Amponsah capable of leading the club.

Although it was rumoured previously that he will not get the job because he revealed what was supposed to be kept a secret at his vetting to the media, it seems that reason was not strong enough for the position to elude him as the board of directors in consultation with Asantehene Otumfuo Osei Tutu II has given him the nod.It will be remembered last year that he stood for the Ghana Football Association (GFA) presidential elections and came third amongst six candidates.

Nana Yaw Amponsah will replace Joseph Yaw Adu, who is currently the acting CEO of the club.