Celebrity endorsement is necessary because every single vote counts – Obour 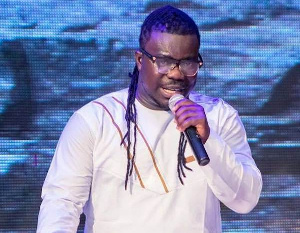 The former president of the Musicians Union of Ghana (MUSIGA) and failed parliament aspirant for Asante Akyem South on the ticket of the New Patriotic Party (NPP), Bice Osei Kuffour has thrown his weight behind celebrities endorsing political parties ahead of the 2020 general elections.

“Politics is a game of numbers so those who have the majority definitely wins the election. Besides our Ghanaian constitution also says that the winner must get 50% + 1 votes to become the President.”

“So celebrities are those who command a lot of followers. There are some people who vote for a certain party because their celebrity belongs to that party. So celebrity endorsements are very necessary and helps the political parties as well.

The former MUSIGHA presidnet said celebrities are not only musicians because now some pastors, footballers and politicians have also become celebrities.

Citing Assin Fosu Central MP as one he noted that a “politician like e Hon. Kennedy Agyapong is now almost a celebrity in Ghana so their endorsement do matter a lot in our body politics.”

“It’s true that it does not contribute entirely to the success of a political election but it’s an integral aspect of the campaign strategies. Can you imagine a political rally where no musician is called upon to come perform on the political platform?

According to him, campaigns will not be interesting, enjoyable and entertaining without celebrities adding that “celebrities are critical to every political party who have the will and desire to win elections,” Obour told Amansan Krakye on GBC Radio Central in Cape Coast.