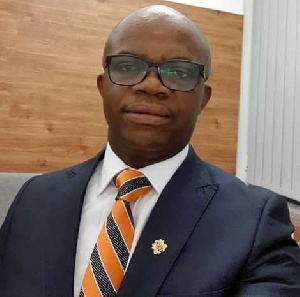 The Chief Executive Officer of the Microfinance and Small Loans Centre (MASLOC) Ghana, Stephen Amoah, says it is about time Ghanaians do proper politics and not politics with lies.

On the New Day morning show on TV3, the CEO made this statement in response to the registration issue at Banda, that residents are not being allowed to register.

He called the allegations from Banda pure lies and urged that politicians desist from such. Stephen Amoah then said that the masses who are interested in politics, and the politicians themselves should engage in clean politics that will lead to development and not lies.
The voter registration exercise across the country ends on Thursday August 6, 2020, with issues still emanating.

The recent issue to pop up is from Banda in the Volta Region. Army personnels have been assigned to monitor that only Ghanaians register. Residents of Banda are however not happy due to their allegations that the soldiers are intimidating them, and as a result not allowing qualified registrants to register.

This has resulted in a lot of protest where the Chief is asking the soldiers to leave the town, because according to him, the army is not responsible for registration but the EC. The Assembly member also spoke to the media, saying that these soldiers are only brutalizing them and intimidating them. The NDC is also leveling similar accusations against the government, stating that qualified registrants are being disenfranchised.

The MASLOC CEO has called all the accusations lies, in response to the show monitored by Ghana Crusader, the CEO hammered on the fact that, it is about time people do healthy politics. He adds that there are soldiers deployed in almost all the registration centres, but the soldiers that have been deployed are not only Akans, so why is the NDC politicizing the issue.

The assembly man’s comments are all a political strategy, according to him, because he is siding with the NDC and politicizing the issue. Amoah added that the president is not denying people the right to register, but it is a process, where they must be challenged to prove their eligibility.

Stephen Amoah claims challenging people’s eligibility is done across all the centers in the country, even in the Ashanti Region, so whatever the NDC and the Voltarians are saying is ‘pure lies’, and the lies should end.

Akyem Sakawa tag: Nobody can ban us – Mahama to angry Akyems

PNC will be more attractive under my leadership – Awingobit