The 8 most beautiful cities in Africa 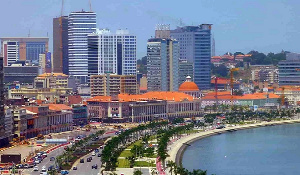 We take a look at some of the cities in Africa that will give you a serious wander lust.

“The black continent” is perceived as one of the poorest continents in the world.

However, these beautiful cities in Africa will rub shoulders with cities in the richest parts of the world.

On the media, we are plagued with pictures of starving children and deteriorated villages as the portrayal of Africa.

Most have developed single stories about Africa from the pictures seen on the media. Fortunately, this is not the case for many parts.

There are many cities in Africa that will destroy such single stories and rub shoulders with the most prestigious cities in the world, and here are some of them.

Luanda is the capital of Africa’s third largest oil producer and is home to the nation’s main seaport and administrative center.

Its government is investing heavily in making Luanda more aesthetically pleasing; by building large social housing high rises to replace slums, performing extensive repaving, the construction of several highways and a large new airport currently being constructed outside of town projected to open in 2019.

Johannesburg is the largest and wealthiest city in South Africa. Filled with life, enthusiasm and an amazing culture, it is no wonder that it is the tourist’s paradise.

Major city for business and government, Dar Es Salaam is the largest and richest city in Tanzania.

The five charming towns and cities in Africa.

Nairobi and its outskirts offer a spellbinding landscape to its visitors. Home to several business opportunities and tourism, Addis Ababa is the choicest destination for travel agents as well as tourists worldwide.

Marrakech is one of the most exotic places in the world, with lots of exciting things to do and see.

Its red-coloured buildings, beautiful oriental palaces and mosques, and vibrant local markets are what make Marrakech the most enchanting city in Africa, undoubtedly.

This cultural oasis nestled amidst the red sands of the desert is often called the Red City, the Pink City or the City of Roses.

Located at the foot of Table Mountain, the picturesque view that the city offers on a clear and sunny day is hard to describe in words. It is also not far from the famous Cape of Good Hope.

Home to modern office buildings in narrow streets with white washed one or two storey houses with blue windows and doors, Tunis will have you reminiscing about the islands of Greece or Andalusia in Spain.

Abuja is home to neat and wide roads, well planned lay-outs, effective and cheap public transportation, beautiful and exotic private and government buildings as well as the grandest mosque in Nigeria. Aesthetically pleasant, serene and suburban nature while also offering many activities, are just some of the reasons why Abuja is on our list.

Nigeria receives 200 ventilators from the US