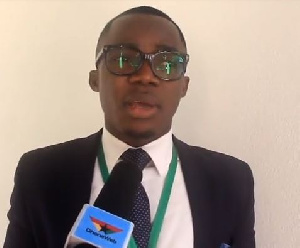 Head of Research at IMANI Ghana Patrick Stephenson has said the compilation of the new voter register has not cured the problems the Electoral Commission (EC) claimed were associated with the old roll.

His comment comes after the EC said its attention has been drawn to reports that some foreign nationals have been registered.

The elections management body said: “The attention of the EC has been drawn to a video produced and shown on a television station depicting a number of Ivorian nationals alleged to have registered during the voters registration exercise which ended on Sunday with the mop-up exercise.

“Our initial investigations reveal that the said registration occurred in Banda Kaborono in the Bono Region. So as the Commission is determined to compile a register which reflects eligible Ghanaians only, we take this matter very seriously.”

Reacting to this matter, Mr Stephenson said on the Sunrise morning show hosted by Alfred Ocansey on 3FM on Monday, August 10 that this development indicates that the EC has been unable to cure the mischief it said was on the old register for which resources were committed to the compilation of a new one.

He said: “Right from the onset the purpose of this exercise, according to the Commission, which was argued forcefully, was that the electoral roll was bloated; that there were people on the roll who don’t have to be there and; that it is important for us to clean it.

“There have been a lot of cases in the Supreme Court which ultimately led to the Commission’s decision to undertake this exercise.

“So one will have thought ordinarily that there will be mechanisms to cure any kind of mischief regarding the quality of data that we will have on the roll or will have one that will be practically free of any of the previous difficulties that we have had on the roll.

“I am not sure if we have been able to do that and that is based on some of the results that we have seen.”

Tipper Truck runs over family of three, kills one on the spot