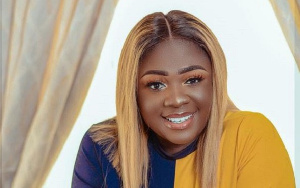 Controversial movie producer and actress Tracey Boakye has descended heavily on the management of Film Producers Association of Ghana over the association’s press statement announcing her suspension.

FIPAG in a statement signed by its president, James Aboagye, announced that the actress has been indefinitely suspended following her recent rants on social media with musician MzBel.

However, responding to the statement in a video, Tracey who seemed surprised at the development explained that, she has never been part of the Film Producers Association of Ghana, hence can’t understand how she can be suspended.

“It’s been past 8 years since I started movie production and you’ve never promoted me on any of your platforms. I’m not a part of you and everybody knows I am an independent movie producer. Do you people even know me or you want to use this opportunity to trend? You boldly told me I am not a member and would not be allowed to vote before electing your new leaders so how do you come in here? I am even surprised you could even issue this statement,” she said.

Reiterating how FIPAG has unfairly handled her issue, she added that, though the association has in no way supported her throughout her career, they are now quick to release a statement to embarrass her.

“Director James Aboagye, when was the last time, you called me on the phone? For you to write this letter to embarrass me…God is the best judge for both the adult and the minor. I leave everything to him…You don’t know how I sweat and even get my money to produce my movies. You have never supported me in any way…The movie industry has collapsed, you can’t kill my spirit. Which suspension are you giving me?” she quizzed.

Meanwhile, FIPAG has instructed the Shakira Movie Productions CEO not to take part in any activities during this period until the situation is reviewed.

Watch her reaction below:

Companies urged to be proactive in dealing with office romance