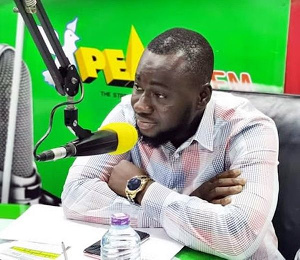 According to Atik, the book must be cherished and not bastardized because it will help posterity to know about the workings of former President Jerry John Rawlings.

Working with Rawlings authored by Prof. Kwamena Ahwoi, a former Minister of Foreign Affairs and a former Local Government and Rural Development Minister under the erstwhile Rawlings’ regime, recounts his working relationship with the former President and other related events that transpired while he (Rawlings) was at the helm of affairs.

Giving a brief speech about how impactful the book is, Atik Mohammed said “this book gives us a written account from somebody who was very close to the action. So, for whatever it is worth, we all have to read and draw lessons from it . . . The book is pregnant”.

“It’s a book that is going to enrich the literature on Ghanaian politics. It’s going to be a book that will help posterity to understand who Rawlings was and how he worked with some of his people,” he stressed on Peace FM’s ‘Kokrokoo’.