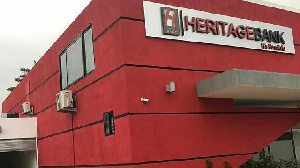 Heritage Bank Ghana Limited was the only solvent bank that was deliberately targeted and collapsed by the Bank of Ghana and no amount of lies and propaganda churned out by Assin Central MP Kennedy Agyapong on his NET2 TV station can change that fact, pressure group Alliance for Social Equity and Public Accountability (ASEPA) has said.

A statement signed by Mr Mensah Thompson, Executive Director of ASEPA, in response to some “blatant lies” told by Mr Agyapong and “two of his protégés” on his TV station on 19 August 2020, said the lawmaker and the two others betrayed their “collective ignorance” about the circumstances that “led to the illegal and unfair withdrawal of Heritage Bank’s licence on 4th January 2019”.

The three had alleged on NET2 TV that the majority shareholder of Heritage Bank, Mr Seidu Agongo, had dribbled the Bank of Ghana by recycling nonexistent funds into deceiving the regulator as having met the minimum capital requirement at the time.

ASEPA, however, said in its statement that: “Now, this is the height of ignorance, although it falls in line with a particular narrative”.

It added: “As a form of education to Ken Agyapong, his sorry mentees and the other hypocrites, nobody can use nonexistent capital or funds to start and therefore capitalise a bank. This is especially so when some of those funds are needed to rent and or procure fixed infrastructure such as buildings, office furniture, ICT equipment and software, among others for the start of the bank”.

“Perhaps, it is needless to say that Ken Agyapong’s recent outbursts is a well-staged attempt to white-wash the evil deeds of a partisan Governor of the Bank of Ghana, a cruel Minister of Finance and a treacherous President, who presided over what is the single most cruel act of destruction any government has ever perpetrated on its indigenous businessmen”, Mr Thompson said.