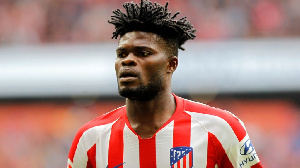 Several transfer reports have linked Partey with a move to the Gunners all summer, with Ghanaian impressed heavily in the 2019-20 football season.

His valutaion is set at £45 million and it is been reported that Arsenal are baulking at paying the sum in full to trigger his transfer to the club.

The player has been advised to snub a move to Arsenal by former Ghana midfielder Derek Boateng and Current Black Stars Head Coach, C.K. Akonnor; stating that it will be a step down.

However, Gago believes a move to Arsenal will be a right step for the 27-year-old midfielder.