Concern over rising debt as country seeks $16bn in loans and grants at Paris conference to kick-start economy.

Beirut, Lebanon – Saad Hariri, Lebanon’s prime minister, has travelled to Paris to seek billions of dollars in loans at a major investment summit due to take place in France, hoping to drum up international support to kick-start its precarious economy and crumbling infrastructure.

Already one of the most heavily indebted countries in the world, Lebanon will be seeking about $16bn in concessional loans and grants to finance development projects for the next five years at the Cedre conference.

Also referred to as Paris IV, the meeting is scheduled to take place on Friday in the French capital, and is expected to gather ministers and investors from 50 countries.

The solicited loans, which are only the first phase of a 10-year $16bn capital investment programme, would finance development projects in eight essential sectors, including electricity, water and irrigation and waste management, according to official statements.

With a public debt that is estimated at 150 percent of GDP or $79bn, Lebanon is stuck between a rock and a hard place.

What’s next for Lebanon now that Hariri is back?

A recent statement by the International Monetary Fund (IMF), which went uncontested by the government, painted a bleak picture.

Lebanon faces an anaemic real GDP growth, a fiscal deficit of 10 percent of GDP, a public debit that is rapidly rising beyond 150 percent, and a current account deficit of more than 20 percent, the IMF said.

Yet the risk of taking on more debt for an already-overburdened economy raised alarm bells in the country, so much that even Hezbollah‘s leader, Sayyed Hasan Nasrallah, weighed in on the conference during a speech in March.

“If the government is going to Paris to come back with aid to Lebanon, this is excellent. But we are going [to Paris] to get loans and debts. This issue needs to be discussed by parliament and the cabinet, especially since public debt now stands at $80bn,” Lebanon’s Al Akhbar newspaper quoted him as saying.

“The danger reaches to the level of an existential threat to the state and to the country, and to the security and stability of society if the financial situation and spending continue like this.”

The Cedre conference will be the fourth in the series of Paris-led meetings to stimulate Lebanon’s economy.

At Paris I, in 2001, France provided the country more than 500 million euros in exchange for Lebanon modernising its tax system.

In Paris II in 2002, the international community pledged around $4.4bn, of which Lebanon has received roughly only half, as the country failed to implement key reforms it has promised at the meeting.

The international community once again pledged billions at Paris III in 2007 – an additional $7.6bn – following a major political crisis that paralysed the country and only ended in 2008 with the Doha Agreement.

However, the country has again not yet received the full pledged amount, for once more failing to implement promised reforms.

“Paris III did not work as expected for the simple reason that Paris IV will not work: because at Paris III they [international donors] got this good idea to link aid and support to reforms,” Sami Nader, an economist at Saint Joseph University in Beirut, told Al Jazeera.

“The Lebanese government … didn’t get the support they were promised to get because they did not go through the reforms they were asked for,” he said.

“The fact is, they [the government] is going to this conference without having done the minimum required in order to push for reforms.

“Who would invest in a country that is in shatters and whose public finance is in total disarray?”

But the political and economic situation in the country “is quite different than it was in 2007”, said Bachar el-Halabi, a political analyst.

“There seems to be a consensus among the ruling parties that the economy is in real danger of collapsing and [that] they must act as soon as possible in order to ensure the state does not go bankrupt.”

Parliament has recently passed a contentious budget for 2018 – only the second in 12 years – to show potential foreign donors that the Lebanese government is taking economic reforms seriously.

“This budget is a calamity because they [decision-makers] promised to decrease the budget deficit, and in fact, the budget deficit increased,” said Nader, referring to a peakdeficit levels of $4.8bn, double the deficit in 2011, when the war in neighbouring Syria started.

Highlighting the extent of the country’s need for outside support, Cedre I conference is the second of three international donor meetings to be held on Lebanon’s behalf in Europe this year.

The Mediterranean country received hundreds of millions of dollars in pledged loans from 40 countries to boost its army and security sector at the Rome II conference, which took place on March 15.

A third meeting, which is scheduled for later this spring in Brussels, will centre on Lebanon’s’ approximately one million Syrian refugees.

The Hariri government also pushed for the approval of the Private Public Partnership (PPP) law, to facilitate the private sector’s participation in investment projects together with the public sector.

The private sector is expected to finance 40 percent of the projects listed in the Capital Investment Plan, that was recently approved by the cabinet to serve as the blueprint for the conference, and will not, therefore, impact the budget deficit, Nadim Munla, spokesman for the prime minister’s office, was quoted in media reports.

The remaining 60 percent will be funded through grants and soft loans at lower interest rates – less than 1.5 percent – over a timeframe that ranges from 20 to 30 years, according to Munla.

I am very worried and very critical of the fact that we are overburdened with debt but you need to trigger growth. You don’t have any choice.

Lebanon’s pursuit of low-interest loans, as opposed to grants, is what makes this Friday’s conference so different from past meetings, explained Mohamed Choucair, chairman of Lebanon’s Economic Bodies.

“We are not waiting for the $16bn in one time. But if we can get between $6bn and $8bn, it will be more than enough,” he said. “The private sector and I are optimistic about the conference.”

Implementing reforms will be an obstacle in a country long dominated by a culture of “corruption” and the absence of reforms, analysts and onlookers Al Jazeera spoke to said.

Regardless of the outcome, there seem to be “no alternative solution” than to seek support from foreign investors, many of them reiterated.

“I am very worried and very critical of the fact that we are overburdened with debt but you need to trigger growth,” said Nader. “You don’t have any choice.”

The conference will take place only a month before schedules parliamentary elections, the first since 2009. 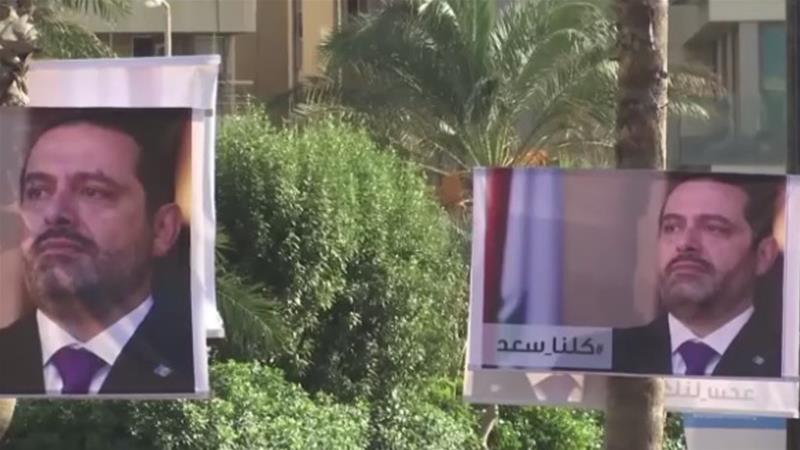