No, US strikes on Syria will not start World War III

If anything, the latest military action against Syria shows that US and Russia still coordinate on the ground. 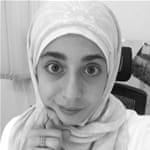 Once upon a time, when Barack Obama was US president and after the Assad regime gassed over 1,000 civilians to death in August 2013, Donald Trump tweeted, “Why do we keep broadcasting when we are going to attack Syria [sic]. Why can’t we just be quiet and, if we attack at all, catch them by surprise?”

Yet, when faced with a similar chemical weapons attack perpetrated by the regime and its allies this month, Trump took to Twitter once again, doing exactly what he warned against, this time tweeting, “Russia vows to shoot down any and all missiles fired at Syria. Get ready Russia, because they will be coming, nice and new and ‘smart!’ You shouldn’t be partners with a Gas Killing Animal [sic] who kills his people and enjoys it!”

So, just for the record, according to President Trump, foreign policy under Obama should have been masked in secrecy. But with Trump as president, foreign policy should be formed and announced on Twitter, giving Assad, Russia and Iran a heads up that a vague “something” was coming.

Not unexpectedly, various commentators in the West again jumped at the opportunity to declare the start of World War III on social media. Interestingly enough, Kremlin-controlled media was also in a WWIII mood, instructing Russians on what supplies to buy before they hide in a bunker.

Perhaps to the dismay of the scaremongers on both sides, the joke of an attack that Trump ordered and Theresa May and Emanuel Macron joined in on, will not change anything, whether in Syria or elsewhere. Nor will it result in an open confrontation between the US and Russia.

These strikes, like the 2017 strike on Shayrat airbase, carefully avoided Russian presence in Syria and will do nothing to dislodge the Syrian regime from its place. Furthermore, they will not change US priorities in Syria, which are simply a continuation of the Obama administration’s “war on terror” policy.

Assad is ‘bad’ only when he’s using chemicals

It is positively ridiculous to hear grown men and women pontificating on the horror of gas attacks against Syrian civilians without the mere mention of the multitude of other ways Syrians are being killed by the regime, Russia and Iran.

Syria strikes: All the latest updates

It is even more ridiculous for someone like Trump to be criticising Russia in one breath for allying with Assad, and then in the next breath claiming that the “fake and corrupt” Russia investigation is the primary cause of bad blood between the US and Russia.

To be fair, the Obama administration is primarily responsible for this rhetoric of limiting the Syria red line to chemical weapons (and even then, not enforcing it), as well as for handing the Syrian “file” over to Russia and Iran.

When it came to the removal of Assad (a primary demand of the Syrian revolution), Obama instead preferred to prioritise the US’ rapprochement with Iran and the fight against the Islamic State of Iraq and the Levant (ISIL).

Under Obama’s command, the US formed the “Syrian Democratic Forces”, comprised mainly of Kurdish fighters with links to the YPG (People’s Protection Units), a group that has continued to receive US support under Trump, including several hundred marinessent to Syria early 2017 after Trump was sworn into office.

US-led air strikes on so-called ISIL targets, which began in 2014 and number over 15,000 and counting, have killed thousands of Syrian civilians, including children, as well as contributed to the decimation of Syrian cities such as al-Raqqa and Deir Az Zor.

The bottom line is that Trump’s Syria policy hasn’t deviated much from that of Obama’s, and it isn’t likely to do so now as a result of these strikes.

Trump is not a friend of the Syrian people

One of the biggest ramifications of Trump’s empty promises on Twitter has been the false hope it gave to people who have lived atrocity after atrocity at the hands of Assad and his allies. Social mediaplatforms were full of Syrians welcoming the strikes on regime-held targets. They were quickly disappointed when Secretary of Defense Mattis declared, “Right now, this is a one-time shot, and I believe this has sent a very strong message to dissuade [Assad], to deter him from [using chemical weapons] again”.

A US-Russia military confrontation is unlikely in Syria, as Washington and Moscow have coordinated militarily since the Russian intervention in 2015.

But just as a refresher, someone who bans Syrians from his country could not possibly care about them as they die thousands of miles away. It would do us all well to remember that Trump’s administration is still fighting to make it much harder for Syrian (and other) refugees to come to the US, as well as to ban Syrians (along with citizens of several other nations) with valid visas to study and work in the US.

Perhaps most importantly, it is prudent to remember Trump’s Islamophobic 2013 tweets against US intervention in Syria, in which he described the people who rose up against Bashar al-Assad, “Remember, all these ‘freedom fighters’ in Syria want to fly planes into our buildings”, claiming that, “Many of the Syrian rebels are radical jihadi Islamists who are murdering Christians. Why would we ever fight with them?”

Most analysts are concentrating on what will happen now that the US and its allies conducted strikes on the Syrian regime, ignoring other significant political events which impact Syria policy on an international scale.

Last week, Israel carried out several strikes on a Syrian airbase near Homs, killing at least three Iranian Revolutionary Guard members. On Friday, an Iranian-backed brigade in Syria announced it would begin operations against US forces in eastern Syria. It would be far more likely for the US to respond to such Iranian actions than it would for the US to pursue a policy of “regime change” at this point, as many of the regime’s western-based supporters purport.

At the same time, Russia has remained remarkably “neutral” during these and previous Israeli air strikes in Syria, limiting itself to fiery rhetoric rather than substantive action. It is also important to note that during the strikes, the US, the UK and France did not enter Syrian airspace that is currently controlled by Russia. That, along the fact that during this and the previous air strikes, there was coordination with the Russians should be enough to dissipate scaremongers’ illusions of an imminent World War III.

A US-Russia military confrontation is unlikely in Syria, as Washington and Moscow have coordinated militarily since the Russian intervention in 2015. And whatever happens in Syria in the future will surely involve a settlement between the US and Russia.

Meanwhile, a public that believes the situation is escalating serves both sides.

Domestically, Trump currently finds himself facing less than favourable conditions. While the Russia collusion investigation may not result in any actual consequences for Trump, it was quite uncomfortable for his administration when Trump’s lawyer, Michael Cohen, was the target of an FBI raid earlier this week.

The frenzy with which US media was covering the possibility of attacks on the Assad regime has served as a welcome distraction from this latest development in the case being built against Trump.

And in Russia, the Kremlin is facing an economic crisis which is about to worsen as a result of Western sanctions. The narrative of Russia standing up to the US and regaining its superpower status comes at the perfect time to keep the population distracted from these problems at home and abroad.

Malak Chabkoun is an independent Middle East researcher and writer based in the US.

Iran and Saudi Arabia ‘unlikely’ to pivot back to diplomacy

One thought on “No, US strikes on Syria will not start World War III”