Big Tech is an extractive industry, it must be regulated as such

The biggest scandal of the power of Big Tech is not privacy. 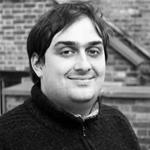 by Alex Scrivener
20 hours ago

There is a quiet coup unfolding in the global economy. Over the past decade, firms like Google, Amazon, Apple and Facebook have soared to become the world’s most highly valued firms. A few big companies now hold huge power over the “New Oil” that is our personal data. In doing this, they have overtaken many of the firms that extract regular oil while for many years avoiding the negative reputations in liberal society that extractives firms like BP, Shell or ExxonMobil have.

Web activists have long bemoaned the dangers to privacy posed by these firms. But now the squeaky clean liberal image of Big Tech has been shattered by the scandal around Cambridge Analytica’s use of personal Facebook data to help win the Brexit and Trump votes.

This increased scrutiny of these companies is welcome. But there is so much more to this than privacy. Indeed, there is a group of people that could stand to lose massively from Big Tech’s control of our data. They are the world’s poor.

Of course, it is right to be worried about the fact that a handful of US multinationals not only have access to our innermost desires, beliefs and consumer preferences, but make huge amounts of money by selling this data to advertisers. Data that can then be exploited by shady groups like Cambridge Analytica or the intelligence agencies of countries like Russia who use it to undermine democracy and promote the far right. It is chilling that companies can effectively know you better than your best friends, or even your partner, purely on the basis of what you “like” online.

But ultimately, privacy is not the biggest scandal of the power of Big Tech. The biggest scandal is that fact that we risk seeing huge transfers of wealth from the pockets of some of the world’s poorest people to shareholders of the tech giants.

This is already happening. Amazon is already big in places like India and Mexico. Taxi drivers in places like Uganda and Bangladesh paying large chunks of their income to Uber. And homestays and small hotels across the global south now pay hefty commissions to AirBnB. In these places, the tech revolution is proving to be lucrative for Silicon Valley at the expense of some very poor people.

Of course, this is all also happening in the UK, too, with the rise of the gig economy and the replacement of waged jobs with precarious “self-employment”. But these injustices are far more stark in the Global South.

These rules, the so-called “e-commerce” agenda on trade, would ban developing countries from imposing conditions on tech firms seeking to enter their markets, such as the need for firms to establish a local presence or share technological know-how. Given the fact that technology transfer has been central to the development of emerging economies like China, denying the same benefits to, for example, countries in West Africa, could seriously stymie economic progress in these places. The banning of “local presence requirements” also means that tech companies can provide services from Silicon Valley (or tax havens) without creating many real jobs on the ground and potentially avoid tax more easily.

Getting rid of so-called “data localisation requirements” are another key Big Tech lobby demand for trade deals. This means that companies can store data wherever they like and move it at whim. This could mean that tax authorities and financial regulators will have serious problems in stopping money laundering and tax evasion. Indeed, this is why India is insisting on data localisation for financial data. It also could lead to a concentration of data storage infrastructure in the Global North and stop developing countries reaping the benefits of owning their own infrastructure. This would be akin to locating all the world’s factories in the US – it gives that country a disproportionate share of the power and financial benefits of the new digital industrial revolution.

These rules are already part of the Trans-Pacific Partnership (TPP) agreement of 11 countries including Australia, Thailand, Japan and Canada. And the UK Trade Secretary, Liam Fox, has stated that he supports the Big Tech agenda on trade, which could lead to the UK becoming a “data pariah” if it diverges from EU rules on privacy and data protection. Indeed, Liam Fox made sure he found time to meet Amazon CEO Jeff Bezos on his latest trip to the US to smooth the path to what most analysts expect to be a lop-sided “we’ll sign anything” trade deal with Donald Trump‘s US administration.

The danger is that with the UK’s post-Brexit trade regime up for grabs, and a strong ally as trade secretary in Liam Fox, Big Tech’s trade power grab could come closer to fruition. Those of us who care, not just about who controls our own data but about the future of the global economy as a whole, must act now to stop this before we find ourselves locked into rules that will set back developing economies and doom billions to greater poverty as they are locked out of the digital revolution by the monopolists of Silicon Valley.