To achieve sustainable peace with Boko Haram, the Nigerian government must look beyond military solutions. 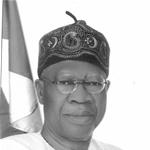 by Lai Mohammed
18 hours ago

“What will make you a soldier of Allah”, declared Mohammed Yusuf, is “a disavowal of every form of unbelief”. Among the founder of Boko Haram‘s heresies stood democracy and the Constitution. It was 2009. The agitation for an Islamic state in the northeast of Nigeria had begun.

Then, the prospect seemed implausible. Yet by the time President Muhammadu Buhari was inaugurated in 2015, the group occupied an area three times the size of Lebanon.

Today, an “Islamic state” once again seems remote: Boko Haram, and by extension, the Islamic State of Iraq and the Levant (ISIL), has been routed from the 24 local areas in Nigeria they used to administer. Bolstered by international assistance, the Nigerian army has led this regional fight against terrorism. But in pursuit of a final peace, the government – whom I serve as minister of information and chief spokesperson – shall also look beyond military measures.

An army presence in civilian communities cannot be a long-term solution. It would be an indirect win for terrorists, whose sustenance flows from others’ fear. Instead, normality shall be reclaimed in demilitarised villages, towns and cities, with citizens going about their daily lives free from apprehension.

This is not to discredit the achievements of the army, but to recognise its domain in a democratic society. For without security, there can be little guarantee of justice, human rights and the pursuit of happiness. A professional and responsive military are their essential lynchpin.

As US President Donald Trump stated – standing side by side with President Buhari in the White House Rose Garden on April 30 – Nigeria has been the critical force in Boko Haram’s decline in West Africa. For our part, the government profoundly appreciates American assistance, not only in terms of training and military equipment, but also in the humanitarian crisis the insurgency has caused.

In finding courage to press forward, we must remember from where we have come. Under Boko Haram, the infamous black flag of religious totalitarianism flew; schools were shut down or “reformed” to suit the terrorists’ purposes; roads were impassable due to the threat of capture or death.

Now the imprint of occupation is being washed away. Boko Haram has been degraded and life has returned to Maiduguri (the region’s capital). Schools have reopened. Bars and nightclubs resound with chatter and music. And the local premier league team can once again play matches in their home stadium. These are achievements on which we must now build.

And with these gains, the government has a chance to overturn the economic marginalisation that gave Boko Haram an audience. Only last month, the administration and a General Electric-led consortium signed an agreement to begin revamping Nigeria’s dilapidated rail network – of which Maiduguri to Port Harcourt forms one of its two main lines. This shall bring jobs and opportunity to the region, increase trade between the north and south, and ensure the bounty of the nation is shared by all. No longer shall the vulnerable be seduced by false solutions to their hardship.

At the same time, all channels remain open to end the final remnants of violence. The administration holds out its hand for negotiations with Boko Haram. Even amnesty for rebel fighters, if certain conditions are met, must remain a possibility.

Already, former insurgents who have voluntary surrendered, and deemed not a threat, have been rehabilitated and reintroduced into society. Indeed, some will be guilty of crimes. But Nigeria remains a place where a second chance is granted to those who cast out the poison of their indoctrination. The government is giving these Boko Haram members a way out.

That this may be morally repugnant to some is understandable. Barbarism is difficult to encounter and allow to walk free. Sometimes, though, the past must kneel before the future. From the IRA in Ireland to FARC in Columbia, this is what conflict resolution around the globe has taught us. We cannot change what has happened, only what is yet to come.

Present-day Borno state, the former heart of the insurgency, speaks to this purpose. Despite Boko Haram no longer controlling any local government areas, isolated attacks still occur. Fighters emerge from hideouts deep in the forest of Lake Chad to strike. Innocent Muslims, Christians and schoolchildren are often the targets of these acts of cowardice and desperation. Liberation of territory and degradation of the enemy is not enough. We must stop every incident.

However, nowhere in the world can these types of attacks be indefinitely prevented, unless the group in question surrender. Terror can strike anywhere. Sadly, the streets of London, Paris and New York, nations whose security capacities outstrip that of my nation, bear testimony to this truth. In Nigeria, we remain vigilant to intercept and prevent these assaults. But a final guarantor of peace will be Boko Haram’s formal renunciation of violence in both speech and deed.

The road ahead is long. However, the seeds of peace are being planted on which justice, freedom and prosperity can grow. Options must remain open to bring a total cessation of hostilities. For only then can the things we hold dear in life flourish.

Lai Mohammed is Nigeria’s Minister of Information and Culture and chief government spokesperson.